I think most people would agree the summer is the best time of year. The weather’s nice, there are endless fun things to do and places to go,  and for an overseas basketball player like myself, we get to spend time at home after being gone for more than 7 months.

To start, we all take the time to visit with friends and family. One thing cool that my former UCLA teammates and I try to do every summer is some sort of fun reunion together. One year we rented out a house in the Hollywood Hills and had a pool party/BBQ. This year we didn’t do anything as extravagant but those of us who could all met at Mariah William’s (former teammate) place. We ordered food, chilled in the jacuzzi and played games all day long. I truly love and appreciate the bond that my former teammates at UCLA and I have, and love that we all still keep in contact and will forever be sisters.

I also had the opportunity to do a commercial for the brands “Jordan” and “Union Los Angeles”. I have very little experience in acting or modeling. I can only remember being in acting class back when I was five years old for about a year.  Nonetheless, when my friends Gary and Matthew Franklin called me with the chance to be apart of something so great, I couldn’t say no. When I got the call to do the commercial, I was told I would be playing one on one with my onset boyfriend so I figured it would be a piece of cake. When I came onto set however, it was anything but easy. The director was on me about facial and body expressions, and at first the concepts were difficult for me to grasp, but eventually I began to catch on. In the end, the commercial turned out to be great. It was similar to the end scene in the movie, Love and Basketball, where the two main characters play one on one for love. You can take a look at the commercial on the instagram page of “Union Los Angeles” or right on Youtube if you click this link: https://www.youtube.com/watch?v=KeoADEljA9w. You can also check out the clothing collaboration at Nordstrom stores across the US and Canada at places like The Grove, South Coast Plaza and Nordstrom Men’s Store NYC. Overall, I had an amazing experience doing the commercial and learned so much. Now I am looking into doing more acting and hopefully more commercials in the future.

Over the course of the summer I have participated in quite a few tournaments and leagues. For starters, at the beginning of the summer I competed in the regional USA Basketball 3×3 basketball tournament. For those of you who don’t know, 3×3 basketball is now a World Cup and Olympic sport. Last summer 3 other teammates along with myself won the Nike Basketball 3×3 tournament in Los Angeles and therefore were invited to compete in the USA basketball 3×3 tournament and a chance for a spot on one of the teams I mentioned above. We didn’t end up doing as well as in the Nike tournament, but it was a great experience and of course a nice little get away. In addition to the USA 3×3 tournament, I competed and won an annual Native American tournament in Boulder, Colorado and I am also a member of the Basketball Beauties League LA, in which we play every Saturday. If you’re in LA, you should come check it out! 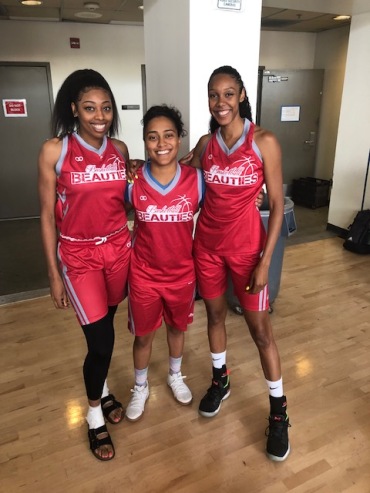 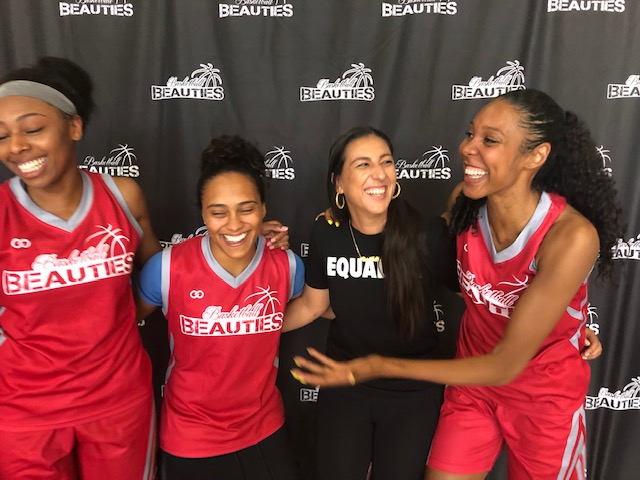 I’ve actually made quite a few trips to Las Vegas, Nevada this summer. I ended up taking a trip to Sin City for Memorial Day weekend. Now this trip was more of a girls trip. For those of you who don’t know, going to Las Vegas on MDW is basically a tradition for LA natives. Especially because Vegas is only 3-4 hours from us. We had a great time getting to see performers like Da Baby and City Girls. It was for sure a successful trip of fun. And the last trip I made to Las Vegas just a few weeks ago was during the NBA summer league. I didn’t exactly have friends that were playing in Summer League this year but I had some free time and decided to go check it out. I also wanted to see Zion Williamson play but unfortunately he was on the injured reserve by the time I arrived. But regardless, it worked out perfectly because for starters, I love watching basketball so most of the time I was at the gym watching games all day. Also, a lot of my friends came into town for the summer league games as well, so I got to catch up with old teammates and friends I hadn’t seen in a while.

Another big event earlier this summer was one of my first cousins, Alexis got married! Now this was a big deal because she is the first of the cousins to get married and on top of that I was one of her bridesmaids. It was amazing getting to be apart of the wedding and doing fun bachelorette events with her. We took a trip to Cabo, Mexico for the bachelorette party and did other fun things as well like, having spa days, bridal showers and more.

And finally, one of the biggest highlights of the summer is that I signed a contract to go back to play in Israel on a team called Herzliya. The city is about 15 minutes from Tel Aviv and while I haven’t specifically played on this team before, the team is known to have great management and is always a solid contender in the league. Plus, Isreal has been my favorite place to live overseas, so I am for sure looking forward to it!

Now that the summer is winding down, I will spend more time training and preparing for the upcoming season. I can definitely say this was a summer to remember and with a little over two months still left before I leave to Isreal, I am sure there is much more in store. Hopefully now you have some insight on what an offseason for an overseas basketball player looks like!

2 thoughts on “A Peek Into Off SZN”

This site uses Akismet to reduce spam. Learn how your comment data is processed.